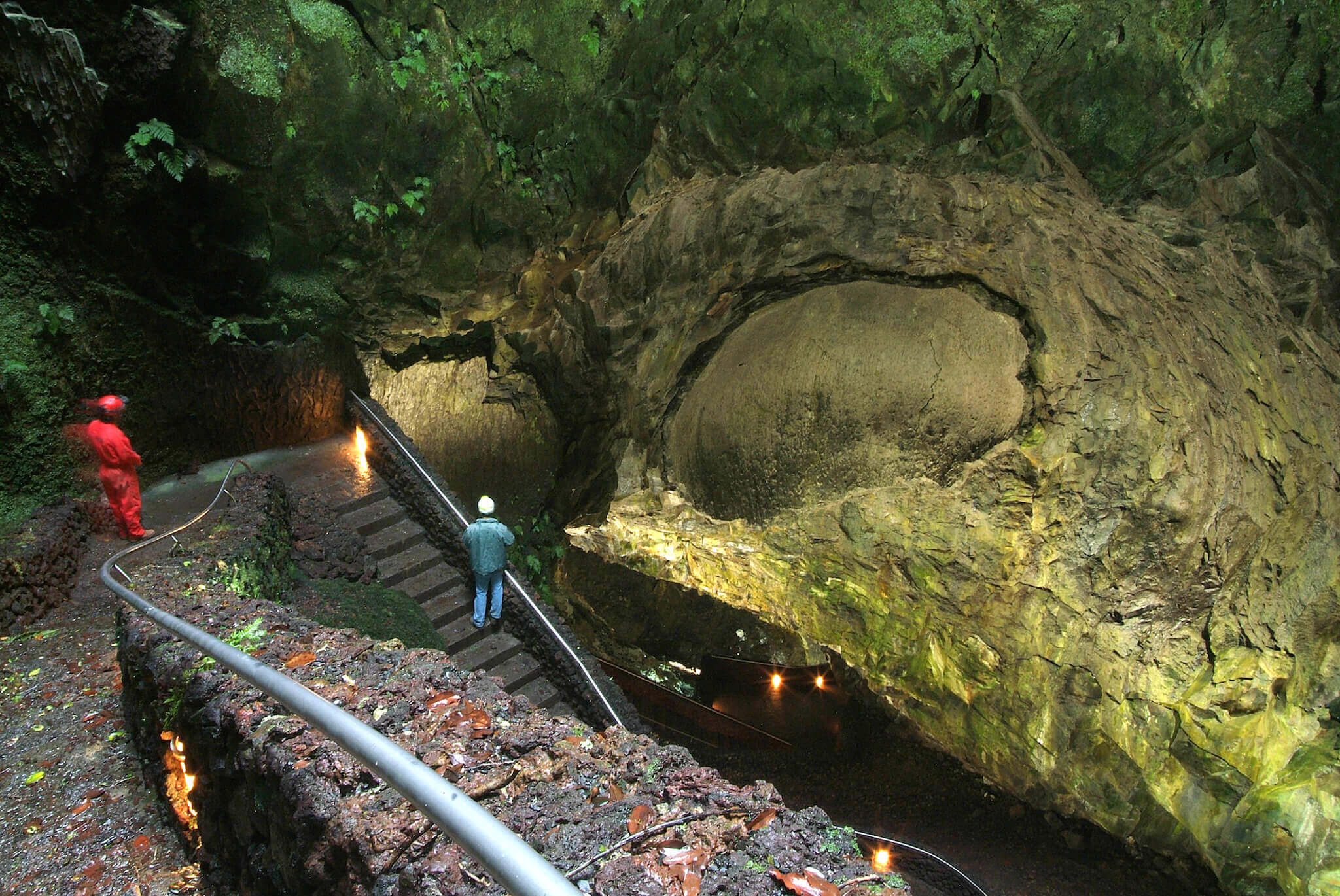 The great eruption, known as the Pico Alto, which occurred north of the existing Guilherme Moniz volcanic apparatus, poured its lavas from a great distance. Later, a new eruption, this time basaltic, tore the ground and initiated a process that would lead to the formation of a stromboliano volcano – the Peak of the Coal. In a first phase, by forcing and trying to break the existing trachytic effusion, which constituted a natural barrier of little consistency, it formed the zone of the lagoon and the two vaults on it. Later, in a new attempt of evasion, the basaltic lavas, they broke more to the side the current chimney, leaving to the outside. In its final phase the magma descended into the deepest conduits and the magma chamber, giving rise, this almost instantaneous absence of magma, to the formation of the Algar proper. Very effusive lava spills produced very flowing acidic lava rivers that charred existing vegetation. The dating of one of the fossils then formed gives the Algar do Carvão an age of 2148 (+ or-115 years).

The opening days and schedules are subject to changes. Check: http://www.montanheiros.com/algarCarvao/.