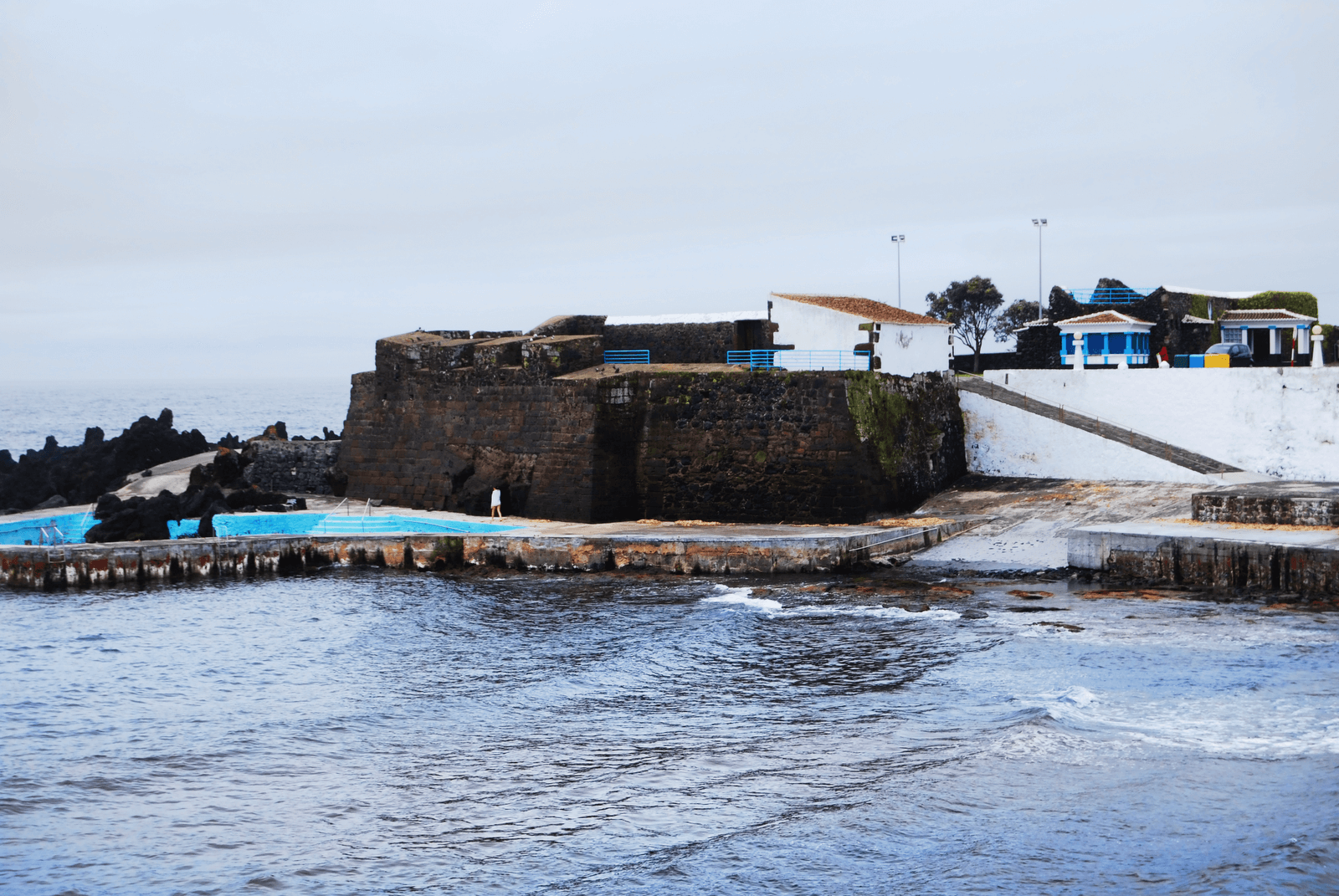 The Negrito Fort is located at São Mateus da Calheta, on the south coast of the island. Built around 1560, this fort incorporates the plan of the engineer Thomaz Benedito. It was intended to defend the southern part of the coast of the island, west of the city of Angra, along with the forts of the same line, crossing fires among themselves. Because it is a good building and because it has served as a habitation for long years to crew of canoe whales, the walls of the fort are well preserved and the houses are still in good condition.