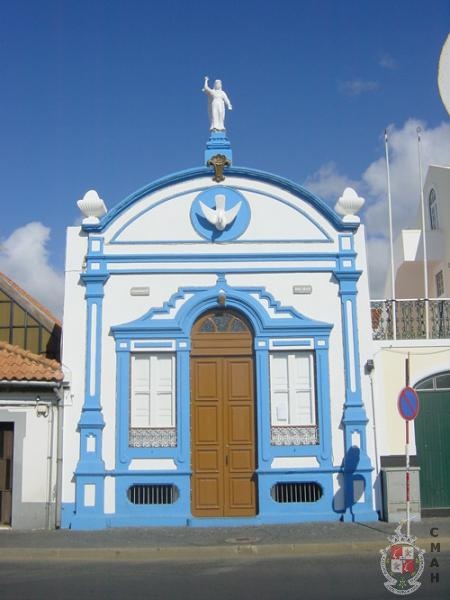 The Império do Espírito Santo dos Inocentes da Guarita is a religious building located in the parish of Conceição, in the municipality of Angra do Heroísmo. This religious building is the central point of the festivities in honor of the Holy Spirit on the last Sunday of July. It was built on land donated by Major Paulo Rego and its first feast was held in 1901, on the occasion of the Royal visit. The designer of the building was the master builder John Bridge from São Miguel. The Angel was done by the artist Sá e Silva. As in many other cases the Brotherhood, known to already exist in 1846, celebrated the feast from a temporary wooden building, which in this case was sold to Serra da Ribeirinha.