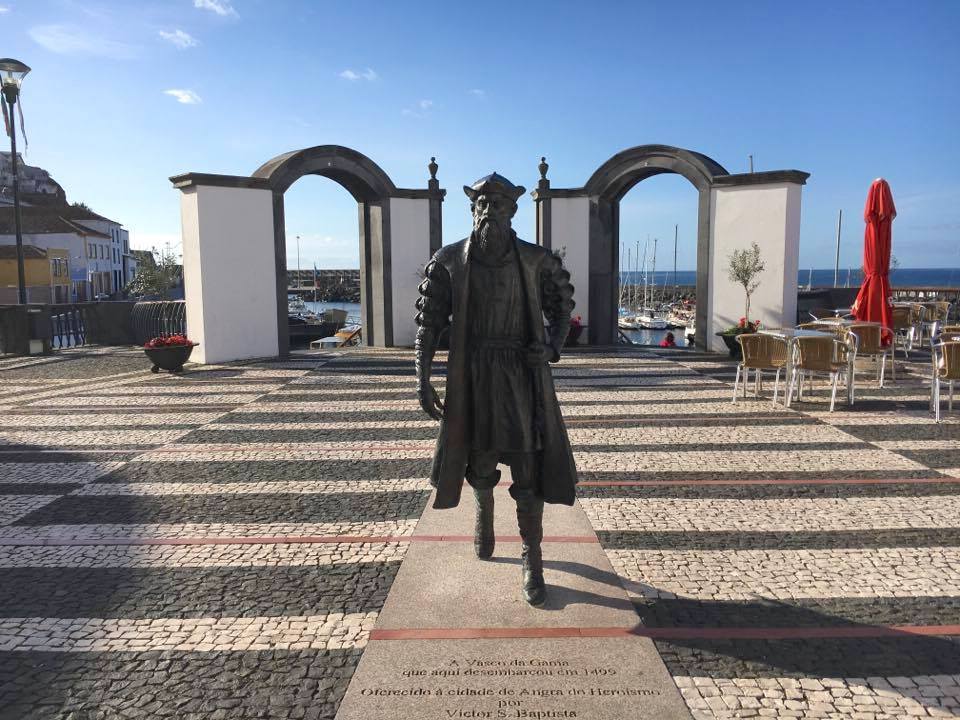 In 1499, when Vasco da Gama’s fleet was on its way back to Lisbon from the first voyage to India, it took a wider course in order to catch favorable winds. Vasco da Gama’s brother, Paulo da Gama, was gravely ill, so the fleet headed for the Azores and disembarked on Terceira Island. Paulo da Gama did not survive the illness and was buried, according to Damião Góis, “in a shallow grave, upon which a marble stone was placed bearing his name; this tomb is in the porch of the sacristy of the chapel of Nossa Senhora da Guia” (which today houses the Museum of Angra do Heroísmo). According to other authors, Vasco da Gama was profoundly upset by his brother’s death and remained in Terceira from one to three months.