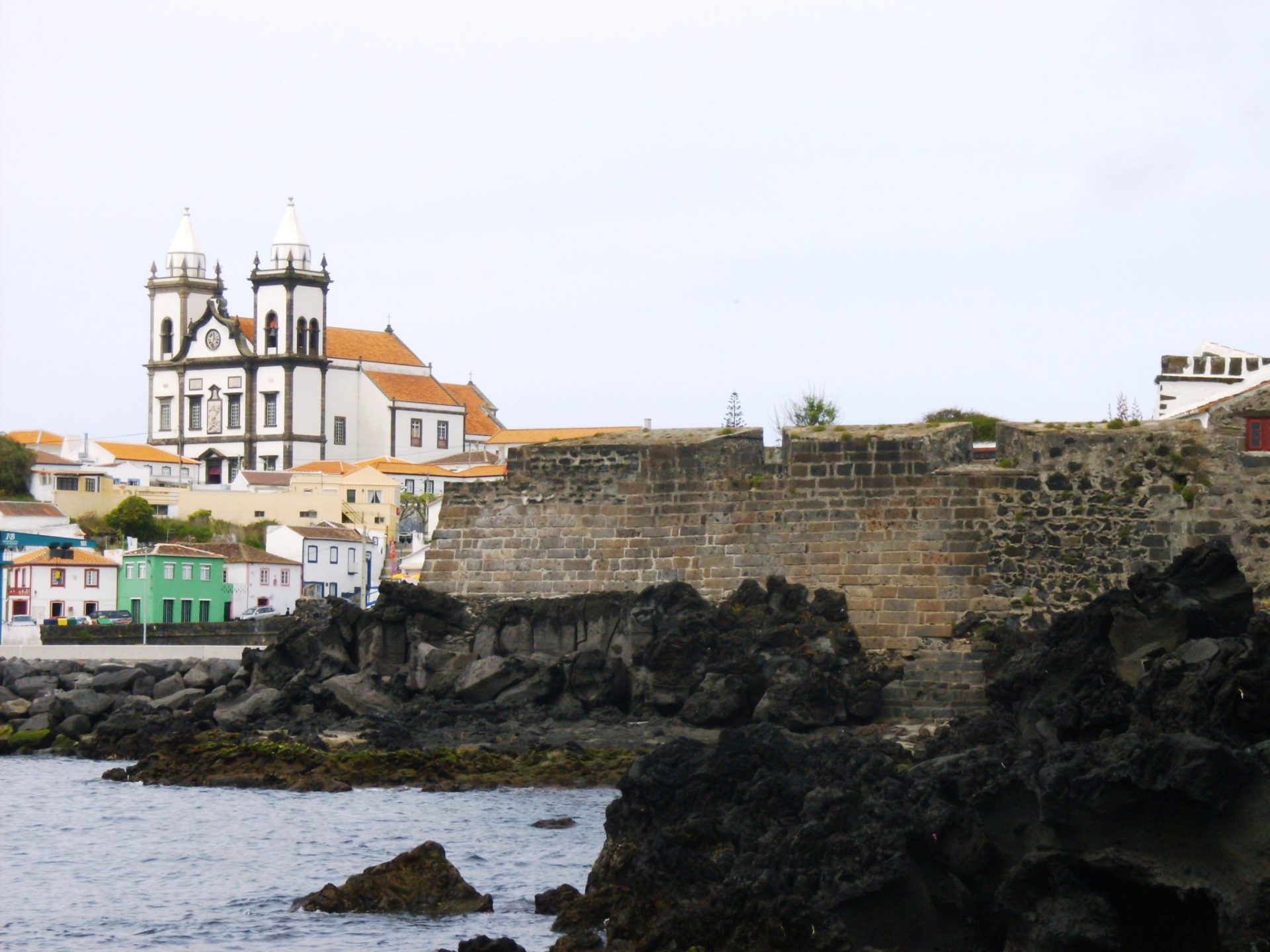 After the old church of São Mateus da Calheta was destroyed by a hurricane in 1893, a new church was built from scratch for the community. The first stone of the new parish church was solemnly laid on 21st September, 1895, on land, which was donated by a benefactress, located in the centre of the village, far from the sea and with easy access for the whole parish. Very ancient images were used to decorate its seven altars, such as one of São Mateus from the 16th century, and another of the Virgin Mary, from the 17th century, the latter having been made by the Masters of Angra Cathedral. The new church is large and imposing, with two tall bell towers, which can be seen from a considerable distance, both from the sea, and from various points along the southwest of the island, such as from Monte Brasil, the Bay of Vila Maria, and the Veredas vantage point, among others.