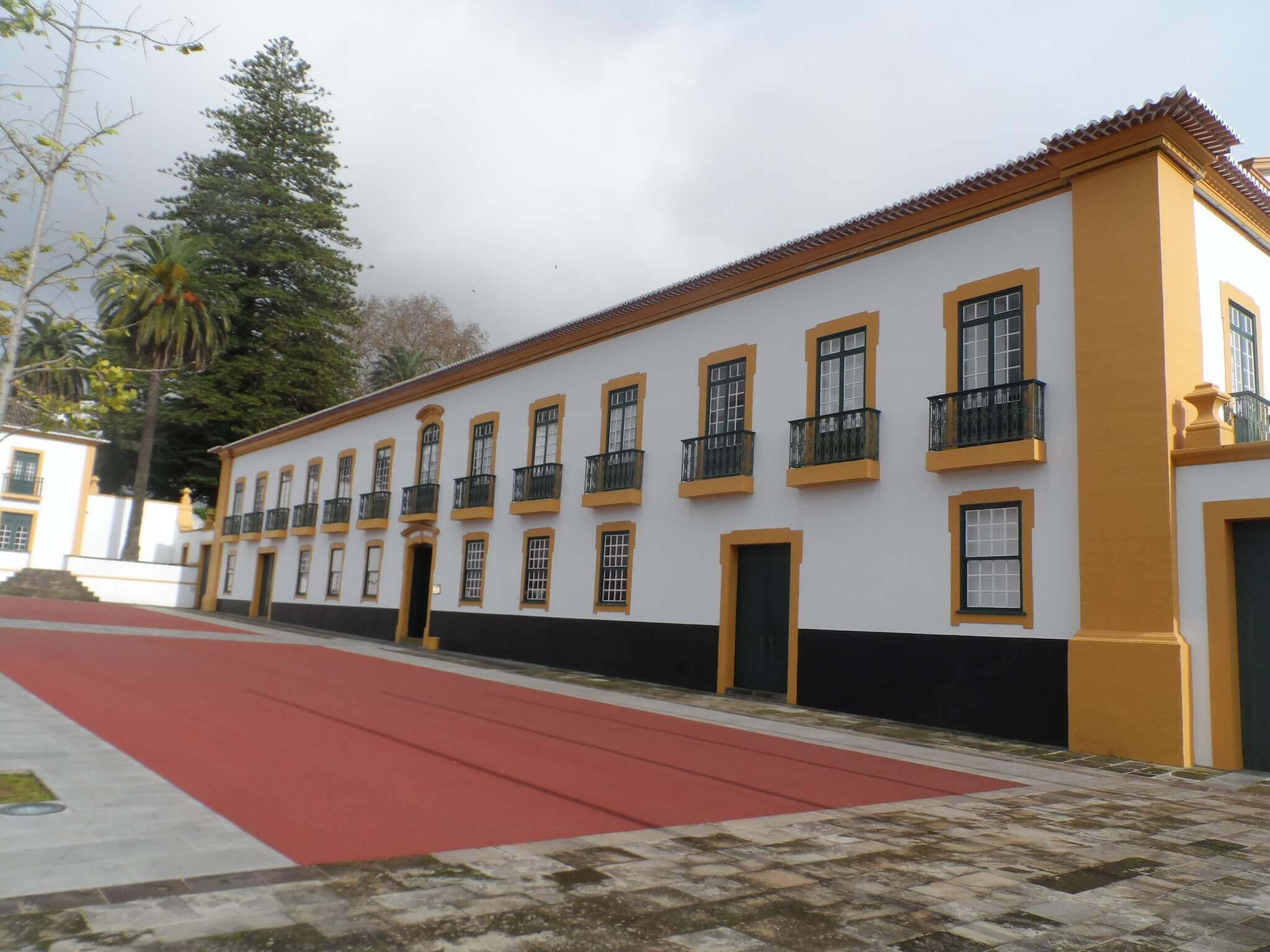 After living at Rua de Jesus (street) for some time the Jesuits built a school here with a study courtyard, where the car park is today, and a church. In 1776, the 1st Captain General of the Azores, Antão de Almada, began converting the building into a palace. It was the Royal Court twice (King Pedro IV in 1832 and King Carlos I in 1901). The church, rich in gilded carved wood, ceramic tiles, and images, is a reflection of the Church during the catholic reform and is influenced by a fondness for decorations from the Indies.