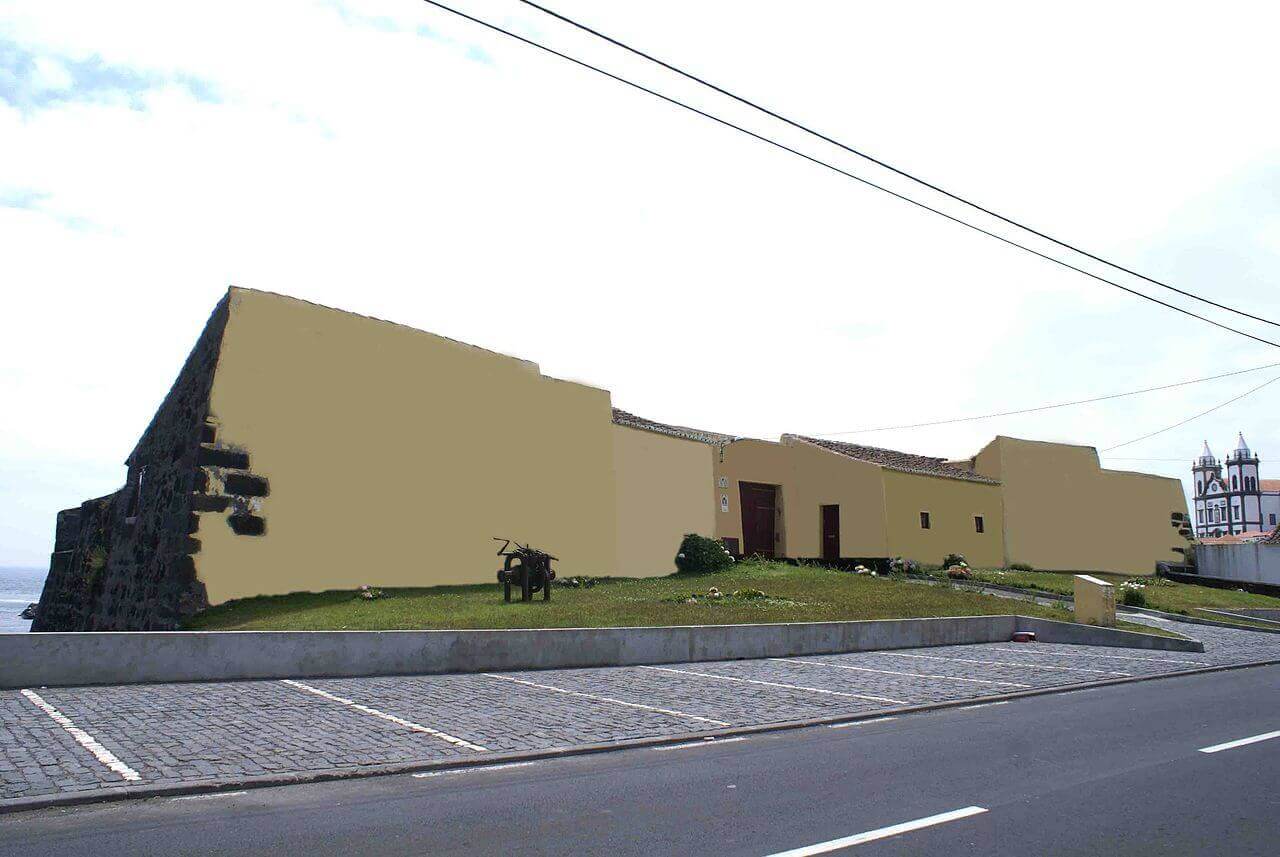 This fort was built around 1581 under the defense plan of the engineer Thomaz Benedito by Ciprião de Figueiredo. It was meant to defend the accessible points of that part of the coast, which became a very important fishing port to the island, combining fires with the forts nearby, and also served to defend the bay of Fanal, crossing fires with the fort of São Diogo located in Monte Brasil.