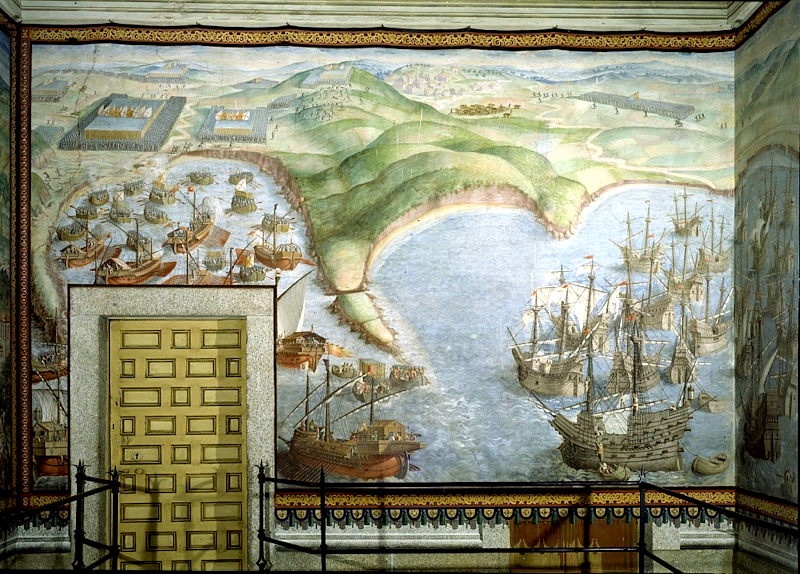 On July 25, 1581, the Battle of Salga was given, a moment in the History of Terceira, in which the population and the bulls played an essential role in defending the Island, the archipelago and even the independence of Portugal.

When Don Sebastiao died in 1578 in Alcácer Quibir, his closest relative, the great-uncle Cardinal D. Henrique, who died in 1580, without direct heirs, thus opened a crisis of succession. There were 3 main heirs, D. Catarina, Filipe II of Spain and D. António, Prior of Crato. The latter was acclaimed king in Santarém, against the will of the High Nobility, supporters of Philip II. For this, Portugal was a very important kingdom for the strategy of the Spanish Empire, reason why it ended up sending its army, that better prepared it defeated the supporters of D. António – The Prior of Crato. This one ended up taking refuge in Terceira, the only point of the country that was on his side. D. Violante do Canto, who had inherited a great fortune in 1577, supported D. António’s cause by supporting the Anglo-French troops stationed on the island. The Terceira then became the target of Spanish attention.

At this moment, History and Legend mix, and the reality of the facts is difficult to decipher. The 25 of July of 1581, a Spanish squadron commanded by Pedro de Valdés, tried the conquest of the Azorean island. The Castilian squadron, composed of 10 ships with 1 000 men of war, tried to disembark in the Bay of Salga and, catching by surprise the locals, managed to overcome the first resistances. At this stage of the fighting Briana Pereira was distinguished, a living legend of our History. The Spanish troops began to set fire to the fields and houses in the vicinity, most probably Brianda Pereira, imprisoning the men they encountered. Among the prisoners was Bartolomeu Lourenço, who would be injured, Brianda’s husband. This, in a sense of revolt and defense, encouraged as it could, full of strength and claw, the outsiders to fight and took what was at hand and also went to the fighting.

As the battle hardened, the religious Agostinho Frei Pedra, who participated actively in the struggle, had the idea of, as a stratagem, to direct brave cattle to the Spanish positions and thus to disrupt them. Quickly more than a thousand cattle were gathered, which, by the force of shouts and musket shots, threw themselves at the enemy. This led the Spaniards to retreat and gave the outsiders time to regroup and prepare new defense of the Island. Hundreds of Castilians died in the fighting or drowned in the flight of angry cattle. It is said that no more than 50 Spaniards returned to the ships, while in the localities, there were few dozens of dead. It was a humiliating defeat for the troops of Philip II of Spain. Brianda Pereira encouraged until the end of the Battle of Salga so that the men and the women fought to the end. Brianda Pereira became the new heroine of the Portuguese against the Spaniards. Two distinguished Spanish writers, Miguel de Cervantes, author of Don Quixote de la Mancha, and Lope de Veja, both survived.

The Battle of Salga allowed the resuscitation of the third-country troops and the strengthening of their position against the Spanish King. Thus, in the following 2 years, the third-country nation did not give up fighting. It dates from this period, more precisely of February 13, 1582, the famous letter of Cyprian of Figueiredo, corregedor of the Azores, to Filipe II, where he affirmed: “before die free than in peace subjects”, today the motto of the Azores.

The outsiders beat each other as defenders of Portugal’s independence. Only in 1583 the Terceira was subjugated by the Spaniards, commanded by D. Alvaro de Bazán, in the known Disembarkation of the Bay of the Mós. Despite this situation, Angra continued to be an essential point. Thus, on the proposal of Bazán himself, after analyzing the line of Fortes da Ilha, Philip II had a great castle erected on Monte Brasil. It was thus born, the largest Philippine fortress in the world, called at the time of St. Philip’s Castle, now St. John the Baptist.

D. Violante, by order of Philip II, left on August 17, 1583 with D. Alvaro de Bazan, on his way to Madrid. At the time of embarkation, D. Violante went to the place of Prainha, accompanied by two ladies, five aias and twenty-one servants among other squires, being there awaited by the main authorities of Angra, in a carpeted floor and constructed of purpose for the boarding. At the end of the ship, a stranger escorted by the ship, accompanied by all the ships of the fleet. In Spain, D. Violante was shut down in two monasteries in Cadiz and Jaem and later forced to marry on 1 April 1585 with Simão de Sousa de Távora, returning to Portugal.

The bulls, who now accompany the heraldry of the Azores, remind us of the role of the brave cattle and of our people in the fight for what they believed, the independence of Portugal. Third-degree bravery became the brand image of the Island.

By: Francisco Miguel Nogueira in jornaldapraia.com 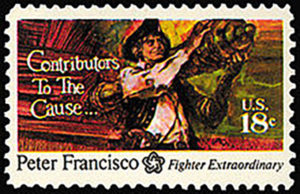